Wow! Where did 2016 go? How did it get to be a new year already? And how have I fallen so far behind in my reading and writing? Must be that grandmother thing. I was lucky enough to see my daughter, granddaughter, and son (who live 12 hours away in Mississippi) in August, November, and December. That little granddaughter of mine is a hoot and totally distracting. But now it’s time to get back to work. 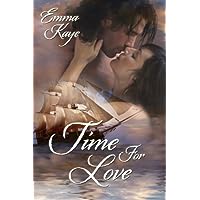 Emma Kaye writes for The Wild Rose Press, which happens to be my publisher as well, and I love time travel, so I decided to pick up her latest, Time for Love.

Time for Love is a Regency Era time travel romance, originally published by The Wild Rose Press and re-published by Amazon Encore.

Alexandra Turner will do anything to save her twin sister. Even when she’s transported back in time to Regency England. Rescuing her sister and finding her way back to her own time will take all her concentration. Falling in love is not an option. With the death of his brother, Nicholas Somerville became the ninth Marquess of Oakleigh and must return to England to take his place in society. Part of his responsibility will be to find a wife. It never occurs to him he might actually discover a woman he could love–until he meets Alex on his voyage home. Can Alex and Nicholas find a way to bridge the gap of time and circumstance? Can they overcome their fears to realize that true love transcends time? Or will a dark secret from Alex’s past rear up to separate them forever?

This book grabbed my attention from page one and kept me turning the pages until the end. I loved the beginning of this book and enjoyed it throughout, but the entire time I was reading it, I thought it must be a sequel. It’s not. Or at least, I don’t think it is. At any rate, I couldn’t find a previous book.

The reason I believed this book to be a sequel was because of Sawyer, the man who tricks Alex into going back through the portal to save her sister. He’s obviously part of some secret military operation because there are soldiers. But is it a legit operation? Black ops? In the book, he mentions observing the past and not changing it or saving anyone from the past who would have/should have died. But there is no explanation as to why he and his group have opened this portal. And then toward the end of the book when the author reveals a new twist to the plot, there is no real explanation as to how/why the events came about to begin with.

Then there is Alex’s sister and what seems like an entire story that has taken place earlier. I thought for sure there must have been a book about the sister before Alex’s story. Again, I don’t think there is. But maybe there is a sequel in the works, one that will tell Charlotte’s story and explain how a doctor, who is only twenty-five so maybe she is just a medical student or new graduate who hasn’t done her residency yet, managed to get forced back in time. A sequel could tie up loose ends and I would most definitely read it.

The story is fast paced and I loved the characters. There were just a few nagging unanswered questions that keep me from giving this book 5 stars. But since those questions didn’t stop me from reading the book or enjoying it immensely, I give it 4 stars. 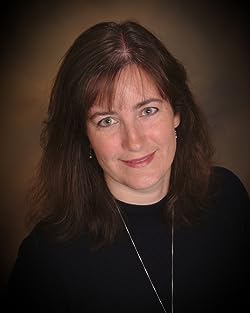 Emma Kaye is married to her high school sweetheart and has two beautiful kids that she spends an insane amount of time driving around central New Jersey. Before ballet classes and tennis entered her life, she decided to try writing one of those romances she loved to read and discovered a new passion. She has been writing ever since. Add in a playful puppy and an extremely patient cat and she’s living her own happily ever after while making her characters work hard to reach theirs.