First and foremost, I want to thank all those who’ve served: past, present, and future.

Despite the idiocy of this past election, please know that your sacrifices were not in vain. Most Americas still believe in the constitution. They would never burn the flag you fought for while trying to pass it off as a protest. That’s just wrong. Period.

Does anyone remember when Dr. Martin Luther King burned flags, looted, and set shit on fire while fighting for civil rights? No? Me neither. He 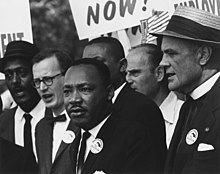 got his point across through peaceful protests. He spoke with
common sense and eloquence and sensible people listened, even if they didn’t agree with everything he said or believed. It is possible to do that, you, know.

Secondly, I’d just like to say that like many people, I was disappointed by the election. Not the election itself or even the outcome, but how people have behaved for the last eight or nine months. If folks exerted half as much energy and passion on social issues and righting the wrongs of the world as they have these two less than worthy candidates, then the world would be a better place.

And please don’t argue that such passion and energy was exerted because one or the other of these two candidates is the one who can make things right with the world. They can’t. Sorry. It takes more than one person to make any nation great. It takes a nation undivided to stand against evil. So can we please get on the same page now?

We don’t have to agree on everything, but can we at least learn how to debate without fighting and to disagree without being so damn disrespectful and mean?

horical chasm or impasse, and it will seem impossible to make it to the other side without help. Some people find it hard to ask for help. Others seem to think the government owes them assistance just for breathing.

When faced with such a daunting gulf, some people would rather blame others than accept any kind or responsibility, but placing blame isn’t going to get you across the gap.

So when you get to that great divide, don’t give up and don’t just stand there blaming others for your predicament. Turn back and try a different path. Ask for help and then do what you need to do to help yourself. Or take ownership of the problem and work your ass off until you persevere.

And for God’s sake, can people please stop blaming the government, the democrats, the republicans, the Christians, the atheist, the blacks, the whites, the Mexicans, the Muslims, and global warming for every little freaking thing that goes wrong in their own private universe.

At some point, folks are going to need to grow up and take personal responsibility for their own failures and shortcomings.