My guest this week is sister TWRP author Kathryn Knight. When she asked what I wanted her to blog about, I asked if she had a blog post that would make a great Halloween story. Her reply curled my toes.

Not only is the following a true story, but it took place at the farm Stephen King used for his vampire novel Salem’s Lot. And Kathryn knows the family who owns the farm. Can’t get any spookier than that. So, I’m just going to turn my blog over to Kathryn and enjoy this chilling story. 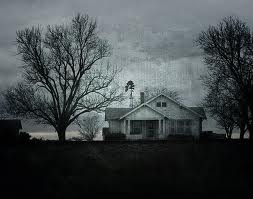 True ghost stories are particularly eerie.  While I write about ghosts, I’ve never actually seen one.  However, our good friends have had quite a history with a ghost they call Granny Griffin.  Granny Griffin happens to reside on the farm Stephen King depicts in his novel Salem’s Lot, although he changed the name in the book to Griffen farm.  The farm is located in the Maine town of Durham, where King grew up.  His best friend, Randy, lived on the 200-acre dairy farm, which dates back to the 1860’s.

In the early 1970’s, Carlene Griffin was unable to care for the farm and had to walk away from it.  My friend’s parents, Mr. and Mrs. W., bought it, with all its furniture, treasures, and apparent ghosts.  As a child, my friend found photos from the Civil War while exploring the attic!  The first news of the ghost came when Mrs. W was approached by a medium in town, who insisted she had a message from the other side that needed to be delivered.  The medium wrote a note from Granny Griffin to her daughter Carlene, telling her not to worry about the fight they’d had before she died.  Mrs. W. was charged with delivering the note to Carlene, who was still living on the property in a renovated hen house.

My friend saw the ghost of Granny Griffin on several occasions, the first being one night when he was about 13.  A figure appeared in the doorway of his bedroom, wearing a long house coat.  He assumed it was his mother, but when he asked what she wanted, she did not answer.  As she turned away, her gray bun was clearly visible.  In the morning, Mrs. W. denied checking up on her son during the night—and he realized he had never, ever seen her wear her hair in a bun.

The father, Mr. W., remained skeptical.  Until the night he heard footsteps and rose to check the house.  He saw someone descending the stairs and followed the figure down the steps and into the kitchen, where she disappeared.  When he returned to the bedroom, Mrs. W awoke to ask what was wrong.  Mr. W. replied, “We’ll talk about it in the morning.  But let’s just say I believe you now.” 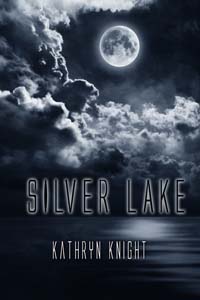 The ghost in Silver Lake has a message to share as well…and despite their painful past, Rain and Jason are forced to reunite to help the desperate spirit.  I hope you’ll check out the blurb and excerpt below!  Please leave a comment and contact info if you’d like to enter the giveaway drawing.  Happy Halloween!

Rain Anderson can’t decide which is more unsettling—encountering the ghost of her missing friend, or reuniting with the man whose love she foolishly rejected. But one thing is certain: the past has come back to haunt her, quite literally.

Five years ago, Rain’s tight-knit group of high school friends unraveled when one vanished during their senior year. Now, a parent’s deathbed request has reunited the friends at Silver Lake, including Jason Lansing, the man Rain discarded. Rain and Jason discover the powerful attraction between them has survived, but though Jason is willing to forgive, he can’t let himself forget. The possibility of falling for Rain again is too risky.

Slamming doors, crashing objects, flaring fires—clearly the ghost has a message to share. As Rain and Jason struggle to unravel the truth, they must face a desperate spirit in need of help…and a burning passion that refuses to die.

“I saw…a figure.  A figure with dark hair, and I think it was Brandy.”  She shuddered and put her forehead back on his chest.

Reluctantly, he moved their bodies apart a bit and scanned her face.  He held on to her shoulders and asked calmly, “You saw Brandy?  Brandy is here?”

She shook her head.  “No, I saw… like… an image of Brandy.  I woke up, because it was cold, and I saw something moving.  It was Brandy, I’m sure of it, although I didn’t see her face clearly.  And then she, um, disappeared.”

“An image of Brandy?  Are you saying you saw a ghost, Rain?”  He was pretty sure she’d had another nightmare, but the way she had flown out of her room gave him the impression it had been an extremely vivid one.

“I know, it sounds ridiculous.  But that’s what I saw.  And she sort of, well, went through the wall.  I’m sure you don’t believe me,” she added miserably, lifting her stormy eyes to his.

He pulled her back into a hug before he could stop himself.  “I absolutely believe you.  Whether you were awake or asleep, you saw Brandy and that’s scary.  I don’t think we can deny that weird things are happening here.”

Jason smoothed her hair and waited patiently for her trembling to subside.  If a ghost really was lurking in her bedroom, there wasn’t a whole heck of a lot he could do about that.  A rare sense of powerlessness caused his jaw to clench in frustration.

He stopped watching the door and instead focused on the gorgeous woman in his arms.  She clung to him, and his body responded to hers with a familiar ache.  He knew he was losing the battle to keep his feelings platonic. 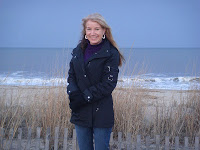 As a child, Kathryn Knight kept her parents on a constant quest to find enough reading material to last her through each week.  An early fondness for books about horses later gave way to a lasting preference for both love stories and ghost stories; as a writer, the paranormal romance genre is a perfect fit.  Silver Lake is Kathryn’s first novel; her second novel, Gull Harbor, has also received a contract from The Wild Rose Press and will be released in 2013.  She lives in New England with her husband, her sons, and a number of rescued animals.  Please visit her at www.kathrynknightbooks.com,  http://kathrynknightbooks.blogspot.com/, or on Facebook at Kathryn Knight books.