On the day Jesus was crucified, darkness covered the land for hours—symbolic of the dark deed committed 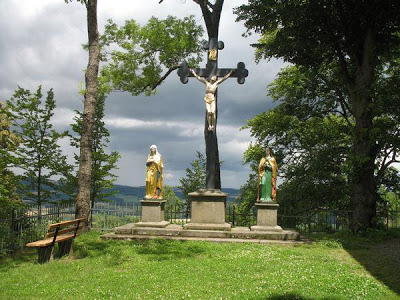 against Christ. Christians believe the darkness was a miracle, fulfilling a prophecy. Non-believers and the scientific world believe an eclipse is responsible for the darkness. But why can’t it be both?

God doesn’t perform magic. He uses the science and laws of physics he created to perform miracles. Otherwise, it would be an almost unbelievable coincidence that an eclipse just happened to occur on the day Jesus was crucified, thus fulfilling a prophecy.

God created science and He can manipulate it. And scientist and astronomers can use science to help solve biblical mysteries.

If the crucifixion eclipse was either, a solar or a lunar eclipse, then based on details of the gospel, the Crucifixion of Jesus occurred on  a Friday. “There laid they Jesus therefore because of the Jews’ preparation day; for the sepulchre was nigh at hand.” KJV: John 19:42.

Two different groups estimate the year of the Crucifixion as AD 33,  although, Sir Isaac Newton—a scientist—estimated the date to be  AD 34 based on the differences between the Biblical and Julian calendars and the crescent of the moon. Using an astronomical approach based on a lunar eclipse model consistent with Apostle Peter: “The sun shall be turned into darkness, and the moon into blood, before the great and notable day of the Lord come” KJV Acts 2:20, then, Friday, April 3, AD 33 is the date of the Crucifixion.

Passover commemorates the liberation of Jewish slaves in ancient Egypt and their birth as a nation under Moses’s leadership. The book of Exodus tells how God helped the Children of Israel escape from slavery by inflicting ten plagues on Egypt, which forced the Pharaoh to release them. The tenth plague was the death of the first-born.

So that the plague would pass over Jewish homes, the Israelites were instructed to mark their doorframes with the blood of a slaughtered lamb. No firstborn in any home with this mark died. Today, the event is celebrated on Passover.

Although it’s traditionally a Jewish holiday, Christians remember this day as well as Palm Sunday, Good Friday, and Easter—all dates of significance during Holy Week.  And Easter is celebrated each year in the spring.

An explanation as to why we celebrate Easter on different days each year can be found on a previous blog post. http://lillygayleromance.blogspot.com/2011/04/when-is-easter-again.html