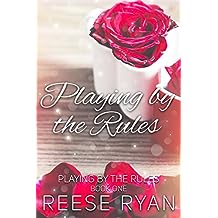 Playing by the Rules

Playing by the Rules is part of Reese Ryan’s Playing by the Rules Series, which is set in London. The series focuses on a female cousins who find love when they least expect it. This is book one in the series and my first book by this author, but it most definitely won’t be the last book I read by Ms. Ryan.

When Meredith Jane encounters her ex’s elder brother at a saucy Valentine’s Day party for singles, the last thing she expects is to spend ‘seven minutes in heaven’ with him or to discover that he has feelings for her.

Hunter Westbrook adored Merrie long before his competitive younger brother asked her out. Now that their relationship is over and done, he faces the hardest decision of his life. Will he risk his relationship with his brother and jeopardize the future of their family’s luxury resort empire by pursuing the woman he loves? Or will he suffer in silence to keep peace in the family and risk losing her forever?

Merrie has spent her entire life playing by other people’s rules. One of the few women on the management team at her firm, she can ill afford to get caught up in the gossip and scandal sure to come if she chooses to be with Hunter. Nor does she wish to hurt Liam’s family or disappoint her own. Nevertheless, she has discovered a startling truth: She’s been with the wrong brother all along.

In a society where perception is everything, is true love worth risking everything they’ve both worked so hard for?

Six months after Meredith breaks up with her boyfriend, her cousin invites her to a Valentine’s Hook-up party. Meredith is reluctant to go, but she knows she needs to move on from a bad break-up or she’ll go back to her jerk ex-boyfriend. Again. When  she runs into Hunter at the party, she’s more than relieved. She’s always liked Hunter, probably more than she should, but Meredith always plays by the rules.

Hunter has always had a thing for Merrie, and seeing her again reminds him of just how much he wants to make her his. There’s only one problem. Merrie is his brother’s ex, and both he and Merrie would never do anything to hurt his family. He stepped aside once before. He’s not going to do it again, even if it means breaking the rules.

Everyone knows bro code says don’t mess with a buddy or your brother’s ex, but there is a time and place for breaking the rules, and Ms. Ryan sets this up beautifully, giving Hunter and Merrie their happily ever after.

I got my copy on Amazon, but Breaking the Rules is available through most onlilne retailers. Get your copy and start this awesome series. 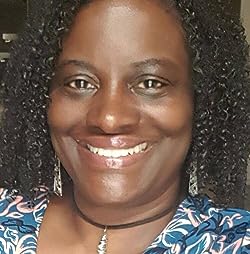 Past president of her local Romance Writers of America chapter and a panelist at the 2017 Los Angeles Times Festival of Books, Reese is an advocate for the romance genre and diversity in fiction.