I used to read all the time, but now I don’t get to read nearly as many books as I’d like. I still have my favorite authors, but I also enjoy checking out new authors from time to time. My latest author discovery is Rose Borden. Her first book, The Three Sisters: Family Like it or Not, is a family drama about, well, three sisters.

Fran, Dixie, and Carm are sisters with some serious issues, but everything isn’t as it seems and perception isn’t always truth. When the sisters’ mother dies, the three women are forced to spend time together and what ensues is a hilarious journey as the sisters discover secrets they never knew their mother was keeping.

Heartwarming and fun! I thoroughly enjoyed the story and laughed out loud more than once. There were a couple of places in the story where I thought the author could show more and tell less, but it was still so well done, it didn’t pull me out of the story.

This was Ms. Borden’s first book, and I look forward to reading more from this author. 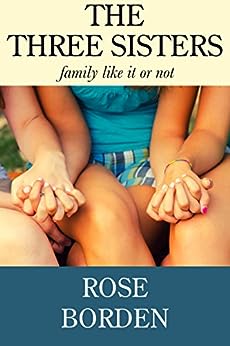 Fran Mattison is living peacefully in the hills of Vermont when her mother’s unexpected death plunges her back into a world she had left behind.

Her mother’s last wishes force Fran to take a long trip with her two sisters, overly cheerful Dixie and the irritating Carm, and to Fran that is the worst punishment ever. She hates to be with them, especially Carm who deceived her and broke her heart twelve years ago. Forget the fact that Carm never shuts up.

Fran would rather stay in the secluded, bitter shell she has created for herself, where there is no forgiveness. The task before her will not be easy but she has to try and do it for the mother she loves so much.

As they travel to different parts of the country to settle Mom’s affairs, the three sisters are in for one shock after another. They learn that their lives have been a lie from the start, they’ve been deceived, and their mother is not the person they thought she was.

A roller coaster of feelings is encountered as each new place they visit brings a new surprise. Their emotions keep blending and tearing apart as they face these situations together. A new layer is uncovered when Fran learns that there is yet another deep secret being hidden between the sisters themselves.

What should have been a simple road trip turns into life shattering changes that test the already strained bonds between the women. Their journey makes them question the true meaning of the word family. It may not be what they expected but it’s their family whether they like it or not. 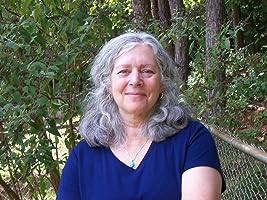 Rose Borden has enjoyed living in different parts of the U.S. and has spent the last 18 years in sunny North Carolina. She loves spending time with her family, writing, traveling, and relaxing at the beach.