Welcome to week one of the Wild Roses Valentine’s Month Blog Tour! Commentors on all eleven Wild Roses Blogs are automatically entered to win one of four weekly prizes and a grand prize worth $50. So stay tuned all month, visit as many blogs as possible and leave a comment for your chance to win!

My guest today, who’ll be talking about the significance of first lines, is Kat Duncan. 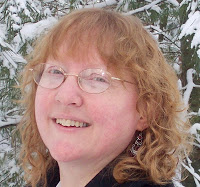 As a young child, Kat once tried to confess the telling of her stories to her parish priest because she thought they fit the definition the nuns gave for ‘telling a lie’. The wise priest asked her if her stories were told to hurt other people. “Oh, no!” she replied, “I only tell them to make people happy.” The priest asked her if she had any other sins to confess and when she didn?t, he advised her to continue telling her stories and then he assigned her a few prayers to say for those who could not hear them. Kat has been telling her ‘lies’ ever since and writing stories to entertain and enlighten. After a successful career as a software engineer, Kat decided she needed something different to do. She’s now a tutor of adolescents with special needs. With one teenager in high school (home school) and another in college, every moment of her meager spare time is spent creating romances.

So, Kat, tell us what you think about the Significance of First Lines~

You want to be seduced when you read a book. You want to be drawn in, to forget your troubles and just enjoy yourself. That’s why first lines in a book should be like pickup lines. They could be the kind you might expect to hear in a bar, “Hi gorgeous, can I buy you a drink?” or in a nightclub, “Hey, I’m Joe, wanna dance with me sexy lady?” These kinds of first lines are a sexy come-on. They promise an enjoyable, sensual experience. How’s this for a first line:

“Strip off his shirt,” she said.

That’s the first line of the book I’m working on now, Ransom’s Captive. It’s an historical romance and I wanted the first line to be a bit scandalous-sounding. The next few paragraphs show why the man’s shirt has to be stripped off.

First lines could also be the kind you might hear from the cell phone salesman at the mall “We’ve got a 1-day special on iPhones.” These can feel a bit off-putting, making you feel as if you have to pay attention to something you don’t want to miss out on. The first line of my romantic suspense, Fifty-eight Faces, is:

“We’re gonna win this one, Caroline.”

Win? What are they gonna win? I have to find out. Within a few paragraphs it’s clear they need to win a big court case over the Blue Diamond or they’ll have to close their financially-challenged children’s hospital.

Still other first lines are the kind you might hear walking around a huge warehouse store “Were you able to find everything you’re looking for?” The solicitation lets you know you are in good hands, or maybe it irritates the heck out of you because you don’t like to be interrupted while you shop. The first line of Six Days to Midnight, another romantic suspense I wrote, goes:

“With an explosion of dirt and hooves, Mirza whipped her mount toward the starting line.”

The words are harsh and the character, Mirza, sounds merciless. She hurts my feelings just whipping her horse. She doesn’t even think of it as a horse. To her it’s just a “mount”. An evil woman. I don’t like her already.

And then there are the kinds of first lines that are sort of slow-witted. The kind you don’t always understand right away, but yet can’t stop listening to. The kind you might hear sitting next to an old man at a bus stop. “You know, back when the bus stop was on Main Street, folks used to wait inside the newspaper office. Good stories weren’t so hard to find back then.” You scratch your head and read on, hoping everything will become clear if you keep reading. Another of my historicals, Without a Lord, starts like this:

“It isn’t possible to capture a faerie.”

Huh? If it’s not possible, then why are we talking about it? In the short conversation that follows, we learn that dozens of knights, desperate to end a local war, insist that they’ve seen a faerie.

Depending on what kind of mood you’re in, you may be turned off by the first line or you may be interested in hearing more. Personally, I’d rather have a reader put my book down if they’re turned off. I’d rather they read it when they’re in a mood to enjoy it. The first lines of a book set the mood and tone and should be an honest indication of what is to come. If I keep reading it’s because I’ve been seduced by the first line.

So, which first line of mine would seduce you?

Kat Duncan’s most recent release, Fifty-eight Faces is part of the Jewel of the Night series. You can purchase this book at: http://thewildrosepress.com/index.php?main_page=product_info&cPath=137&products_id=4366

Chief of surgery at a small children’s hospital, Caroline’s last hope to save it from financial ruin evaporates when she loses the Blue Diamond case to greedy Evan Quinn. When Evan buys the hospital property for high profit condo conversion, Caroline’s hatred shifts into full red-alert.

But Evan is not her real enemy. Rolf, the hospital’s chief administrator, has had his eye on the blue diamond since he learned of it from his Nazi grandfather. To be the 58th face to possess the Blue Diamond, one for each of its facets, grants the owner unlimited power. Rolf plans to kill the current owners and use the diamond to build his Neo-Nazi regime. Can Caroline give up her hatred and Evan his greed before Rolf kills them both?

“If I wasn’t sworn as a doctor, I’d pull this trigger.”

A flash lit the darkness. An ear-shattering echo reverberated in the concrete vault. Evan staggered. Caroline dropped the gun, and its over-sensitized trigger fired again. It spun like a top on the concrete. She rushed forward.

“Evan. Evan. Are you hurt? Where? I didn’t pull the trigger. It just went off in my hand.” She grabbed his shoulders, bracing him, scanning him for a wound.

He steadied himself and pushed her aside. “You missed.” He stared at the gun lying on the floor. He picked it up and hefted it, his brows pinched in thought. Pointing it away from her, he firmly grasped the weapon and gently tapped its side. It fired.

He turned on her, his mouth thinned into a grimace, his eyes squinting.

He tipped the gun toward the ceiling and, with a snap, removed the clip. He tossed the pieces in opposite directions. They spun and clattered on the concrete floor. In a few quick steps, he closed the distance between them. His broad hands engulfed her shoulders, infusing her shivering body with a surge of solid warmth.

“That gun was rigged by an expert. An expert who arranged for us to meet here. Then disappeared.”