Most historical romances are set in Regency England or they are Westerns, Civil War novels, or Medieval romances. I love all of these genres but I also love the Victorian Era. 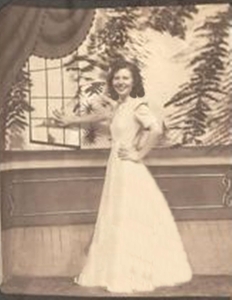 The Victorian Era encompasses the time of Queen Victoria’s reign from June 1837 until her death in January 1901. It was a time of peace, prosperity, and refined sensibilities. During these years, Americans living in larger cities, New England, and the Deep South, followed the fashion, fads, and lifestyles popular in British cultural and so this time frame is also called the Victorian Era in America.

It was a time of time of romanticism and mysticism with regard to religion, social 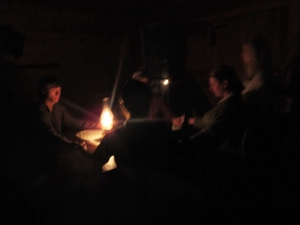 values, and the arts.It was a time when people believed in spirit mediums and communicating with the dead through séances.

It was also a time of moral values and sexual restraint—a time when women began to question and later protest their roles as nothing more than mothers, wives, and housekeepers. It was an era of reform and enlightenment-a time when women protested for the right to vote.

Entertainment was quite diverse during the Victorian era. Besides the theater, balls and soirees, freak show exhibits became popular during this time.

These “shows” boasted a variety of “freaks” from famous conjoined twins Eng an Chang to Joseph Merrick, The Elephant Man. 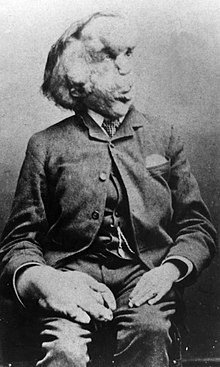 Classic literature was popular but so were Dime and Gothic novels.
Dime novels typically idealized law enforcement, outlaws, or both. Gothic novels were a genre of literature that combined horror and romance.

Since women were known to write and publish Gothic novels using male pseudonyms, it has become a popular theme in many romance novels set in both the Regency and Victorian Eras.

Tuberculosis –then called consumption—was the main cause of death in the latter 19th century. Because of this dreaded disease, sanatoriums were created where sufferers were often sent to recuperate or die.

Before Luis Pasteur suggested germs as the cause of disease and microscopes proved him right, most people believed bad odors–called miasmas–caused sickness. Bot

h London and New York smelled horribly in the early years of the Victorian Era as sewage was dumped directly into the streets. Luckily, the flushing toilet and advent of modern sewers came about during the Victorian Era. But contrary to popular opinion, Thomas Crapper did not invent the flush toilet. However, he did increase the popularity of the toilet and developed some important related inventions, such as the ballcock. And, he is the reason the toilet is often called the crapper and why crap, is well, crap.

The Victorian era was a time of discovery, when germs and cleanliness were recognized as contributing factors in survival rates after surgery. Other than alcohol and opiates such as laudanum, painkillers had not been invented. Chloroform was the only known anesthesia, which didn’t come into effect until the middle of the 19th century. It often caused paralysis or death, so many surgeries were carried out with no anesthesia at all. Operations were painful procedures that more closely resembled torture.

The Victorian Era was also a time of

serial killers and advancements in detective work. In 1882, fingerprinting for identification was first used in New Mexico. In 1883, author Samuel Clemmons, aka Mark Twain, used fingerprinting in his book, Life on the Mississippi, to identify the killer. In a later book, Puddin’ Head Wilson, there’s an entire courtroom scene using fingerprint identification. 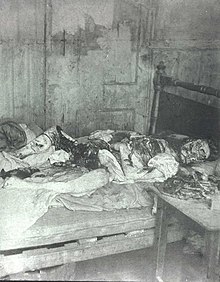 In London, Jack the Ripper gained notoriety during the Victorian Era. In America, Lizzy Borden grabbed headlines. So did a lesser known sadistic killer, the Chicago Butcher—Adolph Luetert.
In 1897, Luetgert, Chicago’s main sausage manufacturer, was known for his dalliances with other women. The rich entrepreneur had dozens of mistress, but when his wife protested his infidelities, Luetgert stabbed her, boiled her, and put her remains through the sausage grinder.

Coincidentally, the electric chair was also introduced during this time in history.

As photography became more common place, so did a macabre interest in photographing the dead. For a vast number of “Victorians” death photos were the only time a loved one was photographed. 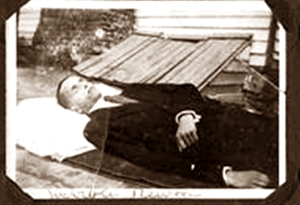 Oddly enough, my mother has a death photo of an ancestor, Herbert Newton, in her collection of family photographs.

Swimming became popular during this time period and the bathing suit became a noted fashion. Although, Victorian swimwear was quite modest and those daring enough to swim in the ocean did so by hanging on to a rope.

Throughout most of the civilized world, this was a time of industrialism and creativity—a time of inventions such as: the automobile, telephone, radio, toilet, camera, stamp, train, vacuum cleaner, and sewing machine. Steam was used to power factory machinery, ships and trains. Just writing this post reminds me of all the great story ideas I have for romance novels set in the Victorian Era.

So, what’s your favorite historical era?

2 thoughts on “Ah, The Victorian Era”