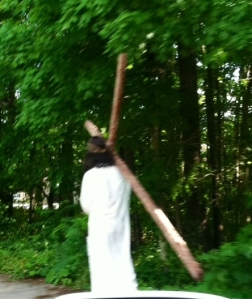 It’s Easter weekend!  So, Happy Easter to those who celebrate. And please remember why we celebrate: it’s not about bunnies and Easter Eggs.  It’s about the crucifixion, death, and resurrection of Jesus Christ.

And it’s a joyous time of year.

Here in North Carolina, the birds are singing, flowers are blooming, and summer is just around the corner. 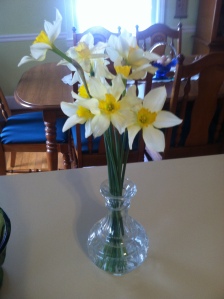 But for now, we’re having typical NC weather. There’s a saying in this part of the country during the spring and fall. “If you don’t like the weather, just wait a few hours.” And that’s so true. We’ve had 40 degree temperature changes in the same day.

Spring in NC can mean running the heat and air conditioner on the same day. We’ve had 90 degree temps in April, and the latest snowfall I can remember was on April 10th back around 2007 or 2008. We’d had such hot temps that year in March that we opened our pool early….and three days later, watched it snow on the clear, shimmering water. 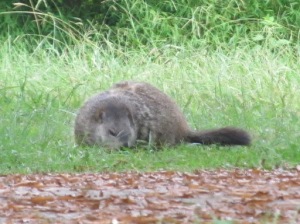 In Butner, NC, we had our very own pseudo-famous weather forecasting groundhog.  When he first showed up in our neighborhood back in 2003, my daughters couldn’t decide on a name for him. My youngest thought he was cute and wanted to name him Bill Murray after the star of the movie, Groundhog Day. My oldest was a little “creeped out” by the large, buck-tooth rodent and wanted to name him Butner Bill because she said he was kin to 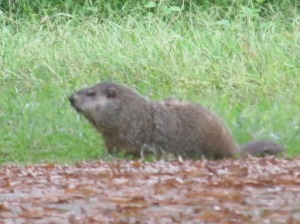 Punxsutawney Phil.  We ended up calling him Butner Bill-Phil Murray.

He never made it on television, but every year around February or March, we’d begin seeing him. He became quite active during the summer, travelling from house to house in the drainage ditch next to the street. He quite frequently hung out in the cement pipe under my driveway. 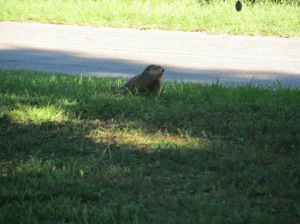 And much to my husband’s dismay, he burrowed in the front yard, leaving a hole next to the mailbox. I stepped in it once and nearly turned my ankle. Still, I’d gotten use to seeing Butner Bill-Phil Murray hanging around and saw his emergence from his underground burrow as a sign of Spring. I actually looked forward to seeing him every year while my husband secretly wished for his demise.

Sadly, my husband’s wish came true. Two days ago, Butner Bill-Phill Murray was struck by a car not far from my house. 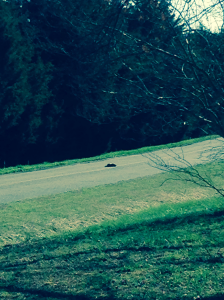 He died just a few feet from one of his tunnel entrances. Our best guess estimate was that Mr. Murray was twelve years old. I don’t know how long ground hogs usually live, but it seems he was getting too old to safely cross the road.

He will be missed.

5 thoughts on “Sad News from NC–Or Not”