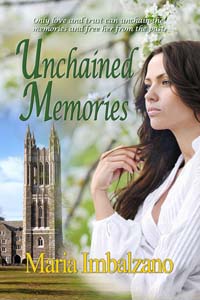 LG: Where were you born?

CM: Princeton, NJ where I still live and work.

LG: What do you do for a living?

CM: I’m an ER doctor at Nassau General Hospital in the borough of Princeton. I can actually walk to work, although I usually don’t. With my long hours and shift schedule, by the time I leave the hospital I’m too tired to walk.

LG: Shift work sucks, especially in a large hospital. I’ve been an x-ray technologist for 30 plus years, and I worked third shift at a Level One Trauma center for three years way back in the day. Now, for the day job, I mostly do mammograms. So, other than working all the time, what else is going on in your life?

CM: I’m head of the ER and I’m trying to get funding to add two doctors. We’re really busy and all of us work more shifts and longer shifts than we should.  But obtaining funding these days is difficult given the poor economy.

LG: Health Care isn’t what it used to be, that’s for sure. I don’t think there’s a hospital in the country that’s fully staffed at the moment, but let’s not get into that! Too many hot buttons on all sides of the issue. So, let’s move on to your personal life. Do you even have one? *laughs*  Is there a special someone at the moment?

CM: Funny you should ask.  I just ran into an acquaintance from ten years ago at a charity gala. She just moved back to Princeton, although I think it’s a temporary move. Her sister’s husband died suddenly, so she relocated to help her sister and her niece and nephew.  Not a happy homecoming, but I’m glad she’s back.

LG:  From the tone of your voice, it sounds like there’s a story there. How did you two meet?

CM: Ten years ago, Charley – Charlotte – was a patient at the hospital and I was an intern. She’d been in a serious car accident and both of her parents were killed.  She was in the hospital , then re-hab, for months. One of my fellow interns and I not only tended to her physical problems, but we tutored her in calculus and physics so she could graduate with her class. She was a sweet girl. Now she’s . . . more than sweet.

CM: Let’s start with the fact that she’s a medical malpractice lawyer. She represents patients against doctors and hospitals.

LG: Ouch! That could be a conflict of interest.

CM: Our philosophical differences on the benefits and detriments of costly lawsuits are interfering with our friendship. She’s clearly not going to give up her career and neither am I. It’s just a matter of time before she’ll be involved in a lawsuit against one of my colleagues at the hospital.

LG: And there’s one of those hot buttons. Geez. It’s sometimes hard to know what’s right when perception and emotions often carry more weight than fact. So, how would you like to see this situation resolved?

CM: She can always switch sides (smiles). Represent the good guys, the doctors.

LG: I’ve seen some major medical screw-ups over the years. And sometimes, the patients don’t even know a mistake was made. But I’ve also seen good doctors get sued when they’ve done everything right and the patient dies anyway. They’re not Gods, but some people are just sue happy. And some people are just grieving and need someone to blame. It’s not always easy to know who the good guys are. But that’s another conversation best left for another time. What other obstacles stand in your way?

CM: I have a feeling Charlotte chose to practice medical malpractice for a reason. I don’t know that reason yet, but I hope to spend more time with her, get to know her now that she’s an adult.

LG: Wonder if it has something to do with the death of her parents. Hmm. Sounds like a bit of a mystery there. Is there a happily ever after in your future?

CM: Up until now, I’ve been too busy practicing medicine to get involved in a significant relationship.  Besides, I’ve been helping finance my younger sibling’s education over the past ten years.  I have two brothers and two sisters. I’m the oldest and have been able to help the most. As each one graduates, they start to pay me back and help with the next one.  My brothers are CPAs in town. My sisters are both in their last year of grad school; one is in med school and the other law school.  Once they’re done, maybe I’ll consider a relationship. I’m not getting any younger.

LG: Geez, you’re still young and sexy in my book! *chuckles* So, any last comments before I turn this interview over to Maria Imbalzano?

CM: Wish me luck with Charley.

Maria Imbalzano is a matrimonial lawyer in central New Jersey where she not only uses her law degree to navigate her clients through the court system, but her psychology degree to guide them through their personal struggles. While writing motions, legal memoranda, and briefs is fascinating, it pales in comparison to creating memorable characters and taking them on their emotional journeys.

In addition to practicing law and writing fiction, Maria enjoys spending time with her husband and two daughters either at home or at the Jersey Shore.

As a rising medical malpractice attorney, Charlotte Taylor believes in standing up for the injured, giving them a voice, and advocating for their rights. She couldn’t do it

for her mother, so she does it for others, even if it means losing the love of her life.

Dr. Clayton Montgomery believes in working hard and playing even harder, until he reconnects with Charlotte. Barely noticing her crush when he tutored her ten years ago, Clay has a chance to make up for lost time when the beautiful lawyer comes back into town…until he discovers her chosen career path.

Now, philosophical differences soon become a reality and Charlotte is faced with the choice of representing a client against the hospital and against Clay. Will Charlotte give up her career and her tribute to her mother for a second chance with the man who got away?

Like magnets, Clay’s eyes clicked on Charlotte, unable to repel the force holding them. Her chestnut hair was held up in a loose, sexy do that had him itching to pull the pins to release it. Her strapless dress showcased a long neck and creamy shoulders that called out to be kissed. His involuntary focus on her lovely traits throughout the evening had made him a rude dinner companion, unable to answer even the easiest of questions.

He had come here tonight to socialize with the powers that be at the hospital, to talk up the ER, to lay the groundwork for future requests. But his concentration had been directed elsewhere. Since he’d squandered his opportunity to network, he should leave. But here he was at the bar at ten-thirty, waiting for a scotch and soda. The band was heavily into their Motown set and many of the revelers packed the dance floor.

Across the room, Clay zeroed in on Charlotte talking to a group of men, her red gown like a flame in a sea of black. He smiled. She sure knew how to turn heads. His included.

But he knew her better than those clowns. He knew the sweet, tough eighteen-year-old who’d lost her parents within hours of each other. The broken girl whose emotional health had worried Dr. Collins, their chief of surgery, much more than her physical wounds.

As the band segued into a slow song, Clay covered the distance between them. “Excuse us, gentlemen, but the lady promised me a dance, and I’d like to claim it now.” He deposited his drink on an empty table and guided her toward the dance floor.

“I don’t recall promising you a dance.” Her beautiful face held the hint of a smile.

He pulled her into his embrace, and moved with the music around the floor, feeling like one of the luckiest men there. Although she hadn’t promised anything, she glided around the room, following his lead. Her perfume intoxicated him more than any drink ever could, and the movement of her graceful body against his had his heart palpitating.

Little Charley Taylor had certainly grown up, and he couldn’t help but wonder what it would be like to know her now. As an adult. Ten years removed from the time their lives had intersected. He called on his memory, pulling up their very last encounter.

“I’m leaving for college today.” She stood tentatively in his office doorway, her crystal blue eyes so expressive in their sadness. “I wanted to thank you for all your help, especially with physics and calculus. I never would have done so well without…you.” She avoided his eyes as her voice trailed off, choked with tears.

His heart constricted, startling him. He hadn’t anticipated the day she would no longer be around; trailing him at the hospital, asking incessant questions, teasing him for being so serious. His life was on overload with his internship, not allowing him to realize the time he dedicated to her was not just tolerated, but treasured.

He walked around the desk, intending to give her a friendly hug, but when he took her in his arms something changed. Her familiar flowery scent awakened his senses as if he’d been in a deep sleep and he closed his eyes to heighten the aroma. Her body fit against his like a shadow. He fought the confusing stimuli. This was Charley, his former patient and pupil. But that wasn’t who he held close, who he breathed in. When had she become more than that?

Charley hugged him hard, laughing through tears. “I hate good-byes.” Before making her escape she added, “Dr. Collins has my information at school. Call me sometime. Let me know what you’re up to.”

Clipped, hasty words said with a matter-of-factness meant to cover up the emotions she plainly felt. The same emotions that had just blind-sided him.

Then she turned and walked away, her new life ahead of her.

Clay’s lips touched Charley’s forehead as they circled the dance floor. He closed his eyes, taking in the smoothness of her skin. Before he could stop himself he asked, “How’d you like to go out to dinner one night next week?”

For more information, go to www.mariaimbalzano.com

To purchase UNCHAINED MEMORIES go to http://amzn.com/B00FDZ6HWM or

5 thoughts on “An Interview With Doctor Clayton Montgomery”