My husband occasionally plays the lottery, but I normally stick to scratch off tickets. My current record for most money won on a scratch off is $16. Oooh. Big money. Still, when my co-workers were talking about the Mega Millions reaching a record 467 million dollars (now $540 million,) I couldn’t resist agreeing to go in on a group purchase. But that’s as far as our group got. We talked about it. 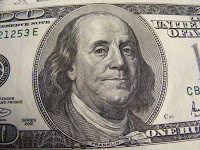 Then a co-worker and myself got off early yesterday. We met at an Asian buffet restaurant near the Wal-Mart in my hometown. Lisa had picked up at least 100 dollars’ worth of tickets so we could choose our own numbers. We had $115 to spend, and we’d set up rules. Every full time employee in our department had contributed $5. No more. No less. If we win, no matter how large or small of an amount, we’ll divide the money evenly.
I doubt any of us expect to win.
But Lisa and I had fun trying to figure out the best way to pick our numbers. We had a list of the 25 most recent winning numbers. We tried to see a pattern. There wasn’t one. The laws of probability are random. If you flip a coin 100 times and get tails 80 times, it’s still a 50/50 chance of getting tails the 101st time you flip that coin. So, we just started picking numbers at random. And, we both realized we kept picking certain numbers more often than others. After filling in bubbles on 100 tickets, it started to feel as if we were taking the SAT’s. And we didn’t have an eraser. I messed up three of them, so we only had 97 tickets. We let the computer  pick the rest of the 115 tickets. 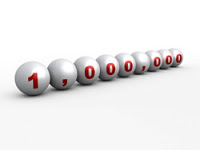 Will any of it make a difference? Is there a chance we’ll win? Slim to none, I’m sure. But if we do, will we all quit our jobs at the same time? And what happens to a business or company when all the employees in one department win the lottery and quit at once?
What became of previous lottery winners?

A 26 year old unemployed garbage truck driver from Britain lost his 2002 lottery millions after giving away lavish gifts to friends and family. He also spent his cash on wild parties, prostitutes and cocaine. He’s now trying to get his old job back. Good luck with that. It might be kind of hard to get a job driving with cocaine and DWI convictions.
A 1993 lottery winner from St. Louis donated much of her winnings to building a non-denominational church and a reading room at a local university. She also donated millions to the Democratic National Committee before losing the rest of her money to gambling and bad business investments. I guess her first mistake was trusting politicians with her money. Lol!

A 1988 lottery winner had terrible luck. His 6th ex-wife sued for one third his money and won. His brother hired a contract killer to take him out. He was arrested on assault charges when he fired a shotgun at a neighbor who was forcibly trying to collect on a prior “bad” debt. After paying off all the bad debt he’d incurred before and after winning the lottery, he auctioned off his remaining lottery payments. But then he blew that money too, spending it on mansions, yachts, trips, and luxury campers. He died broke and disabled in 2006.
A 2007 lottery winner from New York was a Vietnam veteran suffering from lung cancer. His request to receive the entire million in one lump sum was denied. His initial $50,000 payment fell short of the $125,000 in medical bills he’d racked up before dying shortly after winning.

Not all winners have such sad stories to tell. A family who won in 2005 spent their money on an executive mansion, though nothing like those you’d find in the Hollywood Hills. They bought cars, took, trips, and donated much of it to charity. They also hired an investment advisor who invests much of their money for them. The wife still works part-time and the husband still helps with the lawn-care business he gave his brother. They are still millionaires and the family is still together. And according to the father, they still clip coupons.
And a 52 year old truck driver from Georgia still has his millions. He bought a house for himself and his daughter, paid off his debts, and has made no other radical changes in his life. He has taken some time off from work. Yep, and I bet he’s given up truck driving for good. 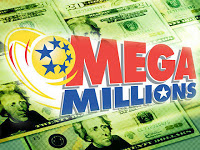 So, what will my co-workers and I do if we win the money?
I can’t answer for the others, but I’d definitely pay off my bills. That alone will take a good chunk of change. And for tax purposes (and because I’d feel like a skunk if I didn’t) I’d donate to worthy charities. I’d help my parents, siblings, and daughters financially, but I’d limit my charity. If I went broke, none of us would benefit.
And I’d want my husband to quit his job so he could finally relax. I’d probably quit my day job too. But that’s only so I could write full time. Whether I win the lottery or not, that’s my dream. To be financially secure enough to write as a full time career.
What would you do if you won the lottery?

4 thoughts on “Lottery Fever-Have You Caught It?”