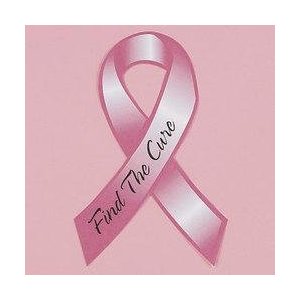 Good to Go for Another Year
Dear Ms. Sweeney:
The radiologist has interpreted your recent mammogram and/or breast imaging study, and we are pleased to inform you that the results are normal or benign (no evidence of cancer).
As you know, early detection of cancer is important…
Okay, so I can breathe easier for another year.  Had my yearly oncology check, my mammo, and I’m A-OK and good to go.
It’s been ten years now since I had the mammogram that wasn’t benign, or normal.  Ten years since I detected that small lump during a self-exam.  Ten years since I sat in an exam room, waiting for the confirmation of what I was afraid I was going to hear.
When I found what I thought was a lump, I didn’t delay making an appointment and going to a doctor.  I’m usually a wait-and-see person but this time, I decided to meet the problem head-on.  Surprisingly, it was my doctor who dilly-dallied around.  Perhaps it was because I was unemployed and uninsured at the time, I don’t know, but after the biopsy confirming his diagnosis, I was told to “go home and wait,” that he’d call me with a referral to a surgeon.
Four weeks later, I was still waiting, and becoming panicky.  After several phone calls which weren’t returned, I tried to think what to do.  I was a stranger in a strange city in a new state, so I turned to the only place I could think of:  the American Cancer Society.  Three days after speaking to someone on the phone, I was on a gurney, being wheeled into surgery for a lumpectomy.  I didn’t know that a few hours later, as soon as I walked through the door of my apartment, in fact, I would get a phone call asking me to come back—right then!—because they needed to do a second one.
Everything went well.  I proceeded through radiation therapy, driving myself to the sessions each morning for six weeks.  Then, I was started on Tamoxifen therapy instead of the traditional chemo.  I gained 60 pounds on that route, going from a svelte 109 to a lumpy 165.  Never going to lose it, they tell me, but—hey! You’re alive, so stop your complaining that you’re not attractive any more.  (Forgive my sarcasm here.  That has been, and always will be, a source of psychological upset to me.)
As to the rest of that letter…”early detection…is very important.”
Don’t I know it!
The year before I was diagnosed, I saw an ad on TV, stating that very thing, and the man I loved made me promise I’d do those self-exams and have a mammogram each year.  I assured him I was already doing that.  Soon afterward, he died, but my promised stayed in place.
The point of all this rambling is that, no matter what the AMA or any other medical association says, I personally think self-exams are important.  Early detection counts.  Train yourself to do the exam at the same time every month.  After your period is a good time, because then the breasts are sensitive to touch and you’re able to find lumps easier.  Some women prefer to do them in the shower, using soap and water to aid sliding fingers over surfaces; some prefer to lie prone; some stand in front of a mirror…but all do them, and that’s what counts.  Even if you find what you think is a lump and it turns out to be simply a swollen gland…well, that’s good, too, because you found something and you had it checked.
Keep doing just that, and let’s head off breast cancer at the pass!
Toni, your story is similar to so many stories I hear as a mammogapher. I’m so glad you did NOT ignore the lump. Too often, women ignore those lumps and the warning bells in their heads. They justify not going to the doctor because they assume it’s just another cyst or feel secure because they don’t have a family history of breast cancer. I didn’t have a lump or a family history but I was diagnosed with stage 1 (sneaking into the stage 2 category) invasive carcinoma and DCIS (ductal carcinoma insitu) on a screening mammogram.
So, please ladies, don’t ignore ANY changes in your breasts. Do self breast exams. Know your breasts. If you feel a lump, see your doctor. If you are under 35, he may not order a mammogram because of your breast density, but please insist on a breast ultrasound. Breast cancer in women under 40 isn’t common. But it happens. EVERY day. So be aware. Get informed. And if you’re over 40, schedule an annual mammogram.
And now a bit about Toni~
AUTHOR BIO: 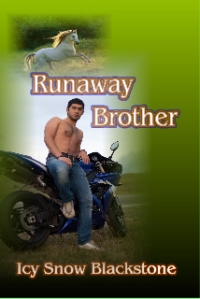 Toni V. Sweeney was born some time between the War Between the States and the Gulf War.  She has lived 30 years in the South, a score in the Middle West, and a decade on the Pacific Coast and now she’s trying for her second 30 on the Great Plains.  Her first novel was published in 1989. An accomplished artist as well as writer, she has a degree in Fine Art and a diploma in Graphic Art.  Toni maintains a website for herself and her pseudonym Icy Snow Blackstone, and has been associated with the South Coast Writer's Association, the Pink Fuzzy Slipper Writers, several other writer’s loops, myspace, Facebook, and YouTube. Her latest novel is Runaway Brother (Class Act Books, http://www.classactbooks.com/Runaway-Brother-by-Icy-Snow-Blackstone-Trade_p_308.html) and her next book, due for released November 15, is Blood Bay, a thriller, also to be released by Class Act Books.  It will be her 27th novel.