New Year’s Eve is a special night for many of us, but this year, New Year’s Eve will be unusually special. This year, there will be a full moon. The second one this month, which makes it a blue moon. 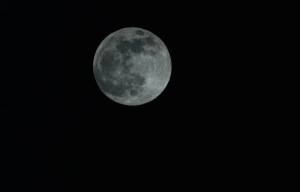 So, wow! How special is this New Year’s Eve going to be? What’s even more spectacular is that these two events are occurring on a New Year’s Eve that will be bringing to a close, the end of a decade. So, we have a Blue Moon and a partial lunar eclipse on the very night we end a decade. Is this an omen of evil? Or a sign of good things to come?

Or, do we make our own luck?

I’m a glass-half-full kind of gal. I say, we look at this as an awesome sign of good things to come in 2010. Let’s make 2010 count for something amazing, people.